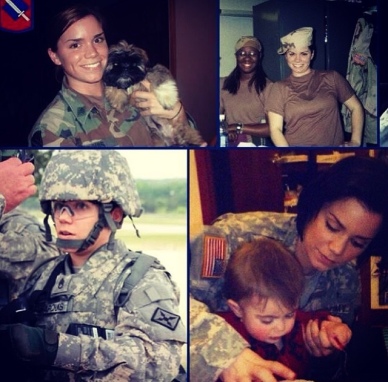 Deployment.
Weapons anchor her girth.
Camouflage fatigues belie
the softness she reserves for her infant son
entrusted to a friend a million miles away.

And as she hunkers down
beneath desert stars in makeshift barracks
she prays.
Let him be safe tonight.

And as she nestles in
beside her sleeping husband
she smiles.
My sons are safe tonight. 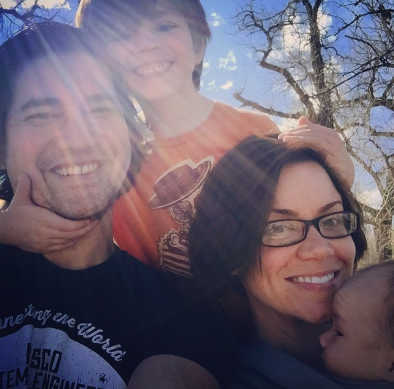 I posted this four years ago and am re-posting to honor Megan on this Veterans Day.

San Souci means “without a care.” This is a wonderful beach at the foot of Diamond Head on Oahu, Hawaii.  Our family vacationed there in March of this year.  Sweet memories . . .

A wisp of stardust
drifted as seeming detritus
cast from the Sculptor’s masterpiece
of suns, planets and meteors
until this cirrus of infinitesimal iridescence
merged with your aura
imbued with ancient hues
that map the destiny of kings and prophets.

Tomorrow, February 7, is the fourth birthday of grandson Rocco Bonifacio Senelly.  He shall be embarking on his fifth year on this planet.  Happy birthday, dear one.

This is Bonnie, my friend, neighbor and colleague.  She flew from our comfortable Town of Trophy Club, Texas, to fight for our nation’s heart in Washington D.C. in the Families Belong Together march.  Thank you, Bonnie.

Child, you still see through eyes
unobstructed by experiences
of failures and hopelessness
of people lost and love betrayed

of weapons perfected for genocide
of medicines that promise immortality

of demons who worship banners of religion and nation
of saints who fight for justice, protection, righteousness

Child, allow me to join your sojourn to the future
for just a Time and a half a Time
to share with you my crumbs of crusty wisdom
to see visions of promise through your eyes 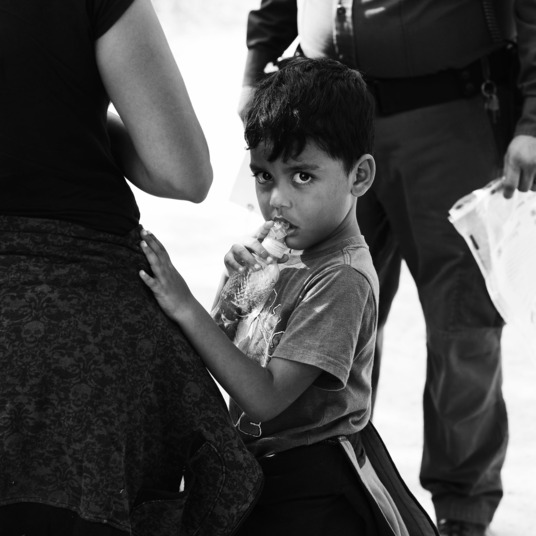 I will not ask you to free me from these cages
For Papa told me America is the land of the free
And when you learn my parents do not steal or kill
You will set my family free.

I will not ask you to protect me
For Mama said that Americans love their children so much
that you give them all the food, clothes and toys they want
and someday you will come to love me.

I will not ask you to show me mercy
For Padre told us that Americans love God so much
That they build big buildings to worship and prove
that they love the way Christo loves us.

But I must ask you.
When I finally receive asylum in your country
and I become friends with your sons and daughters,
Will you invite me to your house? 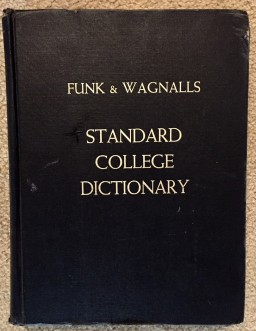 When I was a child, I was considered smart simply because I had good grades, like top-of-the-class good grades from elementary through high school. College introduced me to the latter letters of school grades, but that is another story.

My dad was proud of me. He was born in the Philippines, orphaned at fourteen, then raised by Catholic nuns. At nineteen, he immigrated to Hawaii to labor in sugar fields. He often reminded me he had “only a third grade education.”

Until I was fifteen, Dad worked two jobs. He cleaned hotel rooms at the iconic Royal Hawaiian Hotel from eight to four, came home to a rushed dinner, then drove back to Waikiki to wait on tables from six to ten. One of my favorite tasks was to count coins and crumpled bills the next morning. His tip money reeked of cigarette smoke.

One Saturday afternoon, when I was in the fourth grade, I was loudly complaining about my homework on finding definitions and using the words in a sentence. I normally loved this kind of homework. Made me feel smart. However, in this assignment, I could not find a couple of words in an old dictionary that no one used except me. I was almost in tears. He asked me what I needed, grabbed some money from the tip bowl, and left.

A couple of hours later, he returned with a purchase from the now-defunct Honolulu Book Store. He had me sit at the kitchen table and presented a big black dictionary. “Is this what you need?”

Even as a nine year old, I knew he had done something very special and courageous. He drove to a bookstore that he would never normally visit and, in his Filipino-accented broken English, he shyly asked a store clerk about dictionaries. He purchased this book with his hard-earned tip money. When I told him this dictionary was perfect and gave him a big hug, he smiled and said, “Now go do your homework.”

A few weeks later, he asked me for a favor. Would I teach him how to multiply and divide? I had proudly shown him my graded math tests and he thought I could help him. He had to fill out tip reports at the restaurant, and did not know how to calculate averages. He also wanted to see how much money he might make a week if he could earn $50 a night.

We spent a lot of time at the kitchen table. He was a good student and learned his multiplication table quickly. Division was a challenge, but he managed to calculate simple equations. I came up with math problems and graded his homework. These were light-hearted moments. We both laughed. We both learned.

When my dad died, I asked my mom for two things. The black dictionary and his bolo knife. Both sit in my living room. I will tell you about the knife some other day.

An island girl is always mauka or makai of something . . . even in Texas!